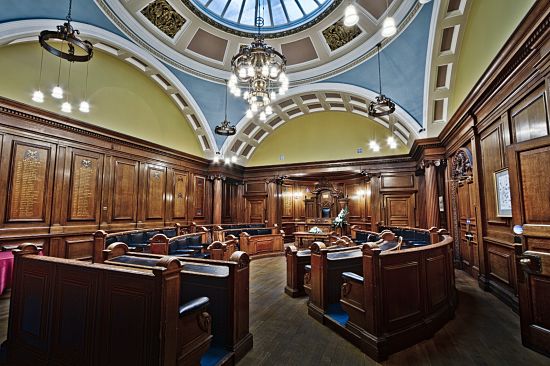 I soon found out that Gian Paolo Aliatis was only 1 out of 100 names summoned that day on the court. Everyone who made it would be checked in. At this point it was decided whether they would give you a hearing or if they would drop your case. A bit of a joke if you ask me.

The few times we attended similar matters it was a total waste of time. Many of the times the court had not even received any documents or evidence about the situation, then and they would just reschedule the hearing for later down the line. Other times whichever prosecution lost the documentation needed and did not know what to do. That was a big wake up call. To have the system work like that, from the days I could not sleep thinking about what I would say in court to the days we learned what kind of barristers have the most impact on solicitors and which ones are a waste of time. What was interesting was that certain types of barristers, regardless of their skills get much better results than others and sometimes everything is based on things that I will not even mention in this article but goes against all the politically correct sense of justice that we are supposed to have. Nevertheless, the UK judicial system seems to be much more efficient than most of the other legal systems around the world.

We have won 98% of the battles we have had in County Courts. The few that we lost was due to our ill-preparation. At the end of the day, it all comes down to the evidence, how you structure your case, what mood the judge is in that day, and things of a similar nature. I have seen judges taking our side in a way that I am even ashamed of. For example, the day we were given £40,000 for the damages in a claim that we brought against the landlord. The landlord unlawfully evicted us three times on a dispute that started with the flooding of a property that was caused by a faulty system. Remember, that day the judge took our side in such a way that even our lawyer was amazed at the way the judge was treating the defendant, the solicitors and barristers in the defendants’ case.

At the same time, I had another judge that was threatening to put me into jail. Long story short, a lady rented a room from one of our properties, she had sublet it to someone and then had been claiming benefits for the whole property which is benefit fraud. The first judge that was at the hearing threatened me with jail time if I do not let this fraudster re-enter the property, he completely failed to understand that the fraudster had not actually left the property.

Ultimately, I, Paolo Aliatis do not blame the UK legal system and I do not blame the judges because I cannot imagine the amount of nonsense they oversee, and to be honest a lot of nonsense may be brought by people like me that just did not know how to follow the laws of this country correctly.